Fundamental Necessity Of The Soffit Vent

How the Soffit Vent Works

The Soffit Vent by Moisture Flow ® is the termination of bathroom exhaust fan ductwork, using the soffit as the passageway to the exterior required by the International building Code and the International Residential Code.

The Moisture Flow Soffit Vent delivers the moist air extracted from the bathroom exhaust fan, outside the passive airflow of the soffit, which is used for the intake of the cool air supply of the attic’s circulation.

The Soffit Vent by Moisture Flow® is patented, in a class of it own. For the past 40 years manufacturers have been making vents for the termination of the ductwork of the bathroom exhaust fan. All of the vents are venting the extracted moist air from the bathroom directly into the soffit’s passive airflow and is being drawn back into the attic.

Over thirty years ago three of America’s most trusted experts on residential housing;  Tom Silva “The Old House”, Henri de Marne and  Alex Shults, Insta-Insulation told homeowners not to vent the exhaust fans directly into the attic.

This illustration explains  Tom Silva’s video of the dangers of using improper vents in the soffit. The only soffit vent that solves the problem is the Soffit Vent by Moisture Flow ®. This Soffit Vent is new the Gold Standard of venting a bathroom fan to the exterior using the soffit as the termination of the exhaust fan’s ductwork. The Soffit Vent releases the extracted moist air outside of the soffit’s passive airflow and not into the soffit allowing it to be drawn back into the attic.

Because as a result, of improper venting, the moist air is causing mold, moisture damage in the attic and more importantly contamination to one of four occupants. The effects of these improper venting systems are costing homeowners billions of dollars annually in the USA.

In October of 2018 the Soffit Vent was tested by ReVireo, an industry  recognized firm for energy efficiency and green building services. Their analysis and verification services found that ridge vents combined with the Soffit Vent by Moisture Flow ® installed in undereave venting known as the soffit, is the most efficient system for venting a bathroom exhaust fan to the exterior.

The Gold Standard of Venting A Bathroom Exhaust Fan 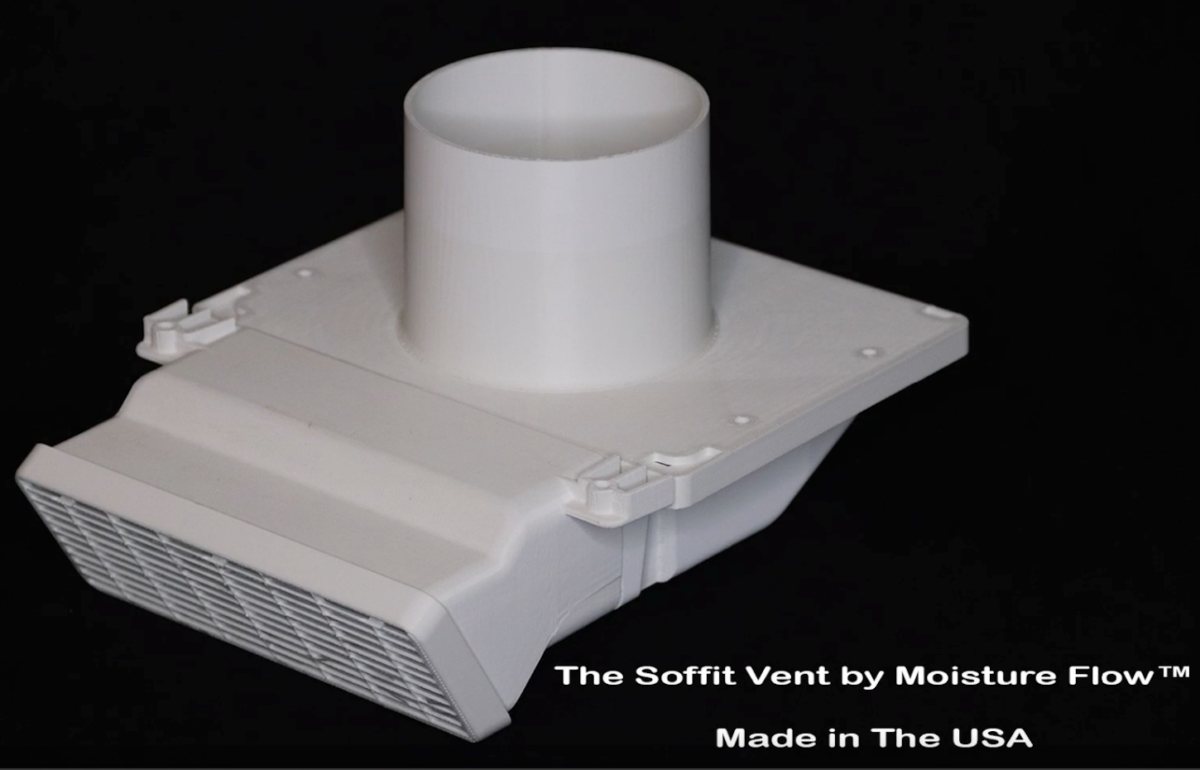 The Soffit Vent is a revolutionary alternative to vent the roof. Cutting holes in the roof’s sheathing can, and often does create roof leaks a catastrophic water damage in the attic. Venting through the roof can also void a roof warranty in certain cases.

The Soffit Vent uses the exact same concept of the exhaust system of a vehicle for Clear Air Quality. 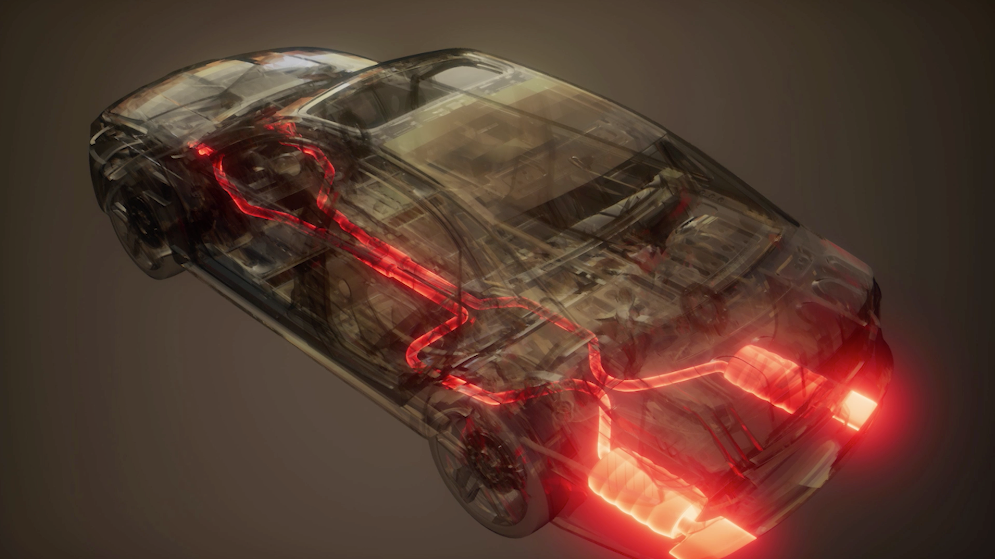 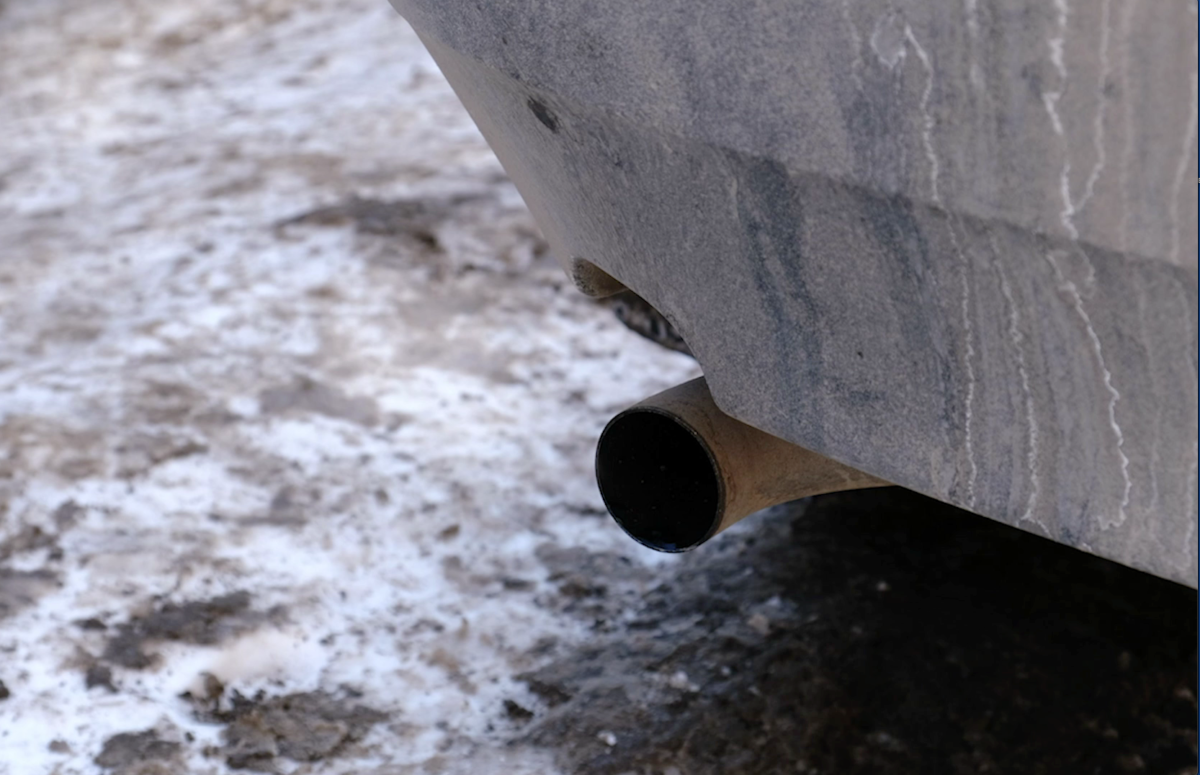 The Deliveries are scheduled to start end of November.

Thank you for your consideration for the inconvenience that may have been caused Corvid 19.

One Soffit Vents fits all soffits from 8″ to 36″

Only available in the USA and Canada   Note: Shipments to Canada will be subject to an additional cost of approximately $4.50 per unit.